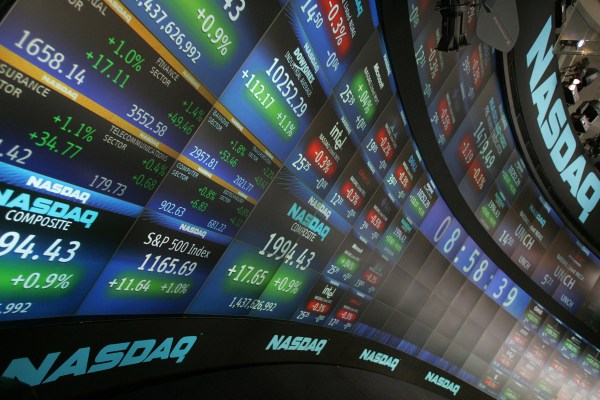 One day after grim estimates on the potential death toll from the COVID-19 epidemic in the U.S. sent stocks tumbling, and amid a continuing economic fallout from the government’s response to slow the spread of the disease, all three major U.S. indices gained.

Meanwhile, the federal government in the U.S. continues to work on the specifics of how to funnel nearly $2 trillion into the American economy as part of the CARES Act stimulus package. And pharmaceutical and medical device companies are working day and night to develop better diagnostics tools and novel therapies to treat the virus while potential vaccines slowly make their way through the regulatory approval process.

Here’s the tale of the tape:

The tech-heavy Nasdaq rose the least of the major indices, indicating that the up-day wasn’t as bright for the technology industry. This fact was underscored by a selloffamong shares of SaaS and cloud stocks, as measured by the Bessemer cloud index that fell 1.4% on the day. The Nasdaq remains in bear market territory.

After-hours today, shares of Tesla shot higher after the electric car company announced delivery numbers that delighted investors. The volatile company announced 88,400 deliveries for the three-month period, ahead of expectations of 79,900 (per FactSet).

Looking ahead, it doesn’t feel like the market has digested the scale of economic impact that the new unemployment claims implies; with employment falling sharply, demand contracting and economies around the world prioritizing safety over commerce, the world could be in for more than an economic pause, or lull. We may be staring down the first weeks of a depression.