2020 NFL Mock Draft 3.0: Quarterbacks off board early in a first round filled with trades – CBS sports.com

The phrase “dance like nobody’s watching” was surely invented with kids in mind. They don’t worry about looking cool, or sticking to certain moves — they just flail those tiny limbs.

And in the clip above fromThe Late Late Show, Justin Bieber and James Corden are right there flailing along with them.

The segment is called “Toddlerography,” and it’s pretty much what it sounds like — a track is played (in this case Bieber’s “Baby”), and various toddlers dance along with it.

All Bieber and Corden have to do is keep up. 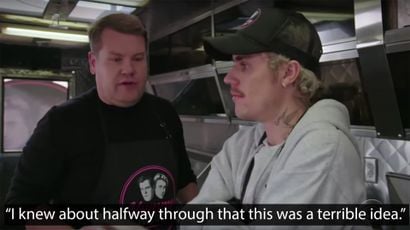