Coming in just a few days

Bandai Namco revealed during the Tekken World Tour Finals 2019 what the rest of their Season 3 DLC will look like including two new characters.

Returning fighter Ganryu will be joining Leroy Smith with the Version 3.10 update on December 10th, 2019 while newcomer Fahkumram will be coming at a later date.

Leroy’s trailer starts out as a music video before kicking into his gameplay which looks to be made up of a lot of parries… and I mean a lot of parries. His Wing Chun-style of Kung Fu uses the quick movements of his arms to knock away the opponents blows and counter them with seeming ease.

The blind martial artist is also shown to have a dog that he can bring into battle with him, and Leroy also appears to have some extended range with a staff though they don’t seem to be what his skill set is based on.

For his Rage Art, he throws a flurry of blows to the head and chest before finishing Heihachi off with the famous One Inch Punch.

Ganryu is a returning sumo wrestler who first appeared in the original Tekken game. His trailer actually starts out with Julia checking out one of her own stream archives with the next video in the auto-play being Ganryu’s big re-introduction.

He seems to play up the fact that he may not be everyone’s first choice to be there, and he asks the audience to give him some applause too before getting into his actual gameplay.

His play style unsurprisingly appears to be based largely around his hand slaps, as Ganryu has a number of different ways to make use of them. We see both rapid strikes and some slower ones that move him forward. The fighter will clumsily fall to the floor though if he tries to do a big kick or push himself too far, however.

As a big body, the wrestler also has armor on some of his bigger hits, allowing him to power through pretty much whatever the opponent was trying to blow him up with.

Ganryu’s trailer ends with him sitting at a desk with a mini Julia shrine ending his own stream before practicing the female streamer’s signature send off — glasses, peace sign and all.

Katsuhiro Harada revealed on stage that it was actually he who did the facial capture for Ganryu’s scenes here.

Fahkumram is dropped from a helicopter in restraints at the start of his trailer like he’s the damn Juggernaut, so you know this Muay Thai fighter is here for serious business.

His fighting style appears to be a more brutal take on the Muay Thai archetype, as he seems to absolutely beat down his opponents with no remorse.

The Tekken newcomer’s moves will look familiar to those who like Sagat or know anything about Thai kickboxing.

Fahkumram uses his extremely long legs to kick and knee his foes from a distance while also clinching and striking down everyone with his sharp elbows. 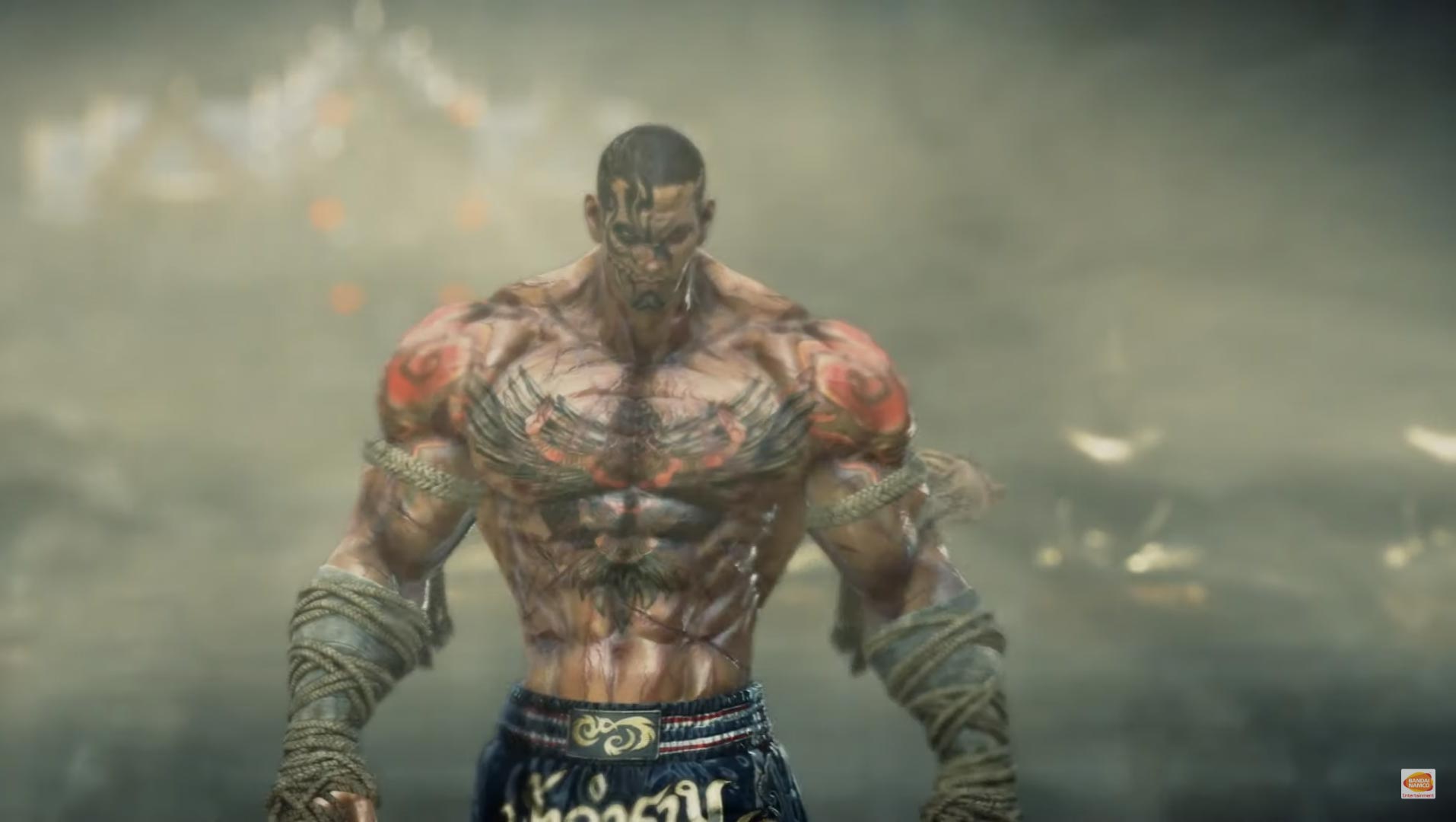 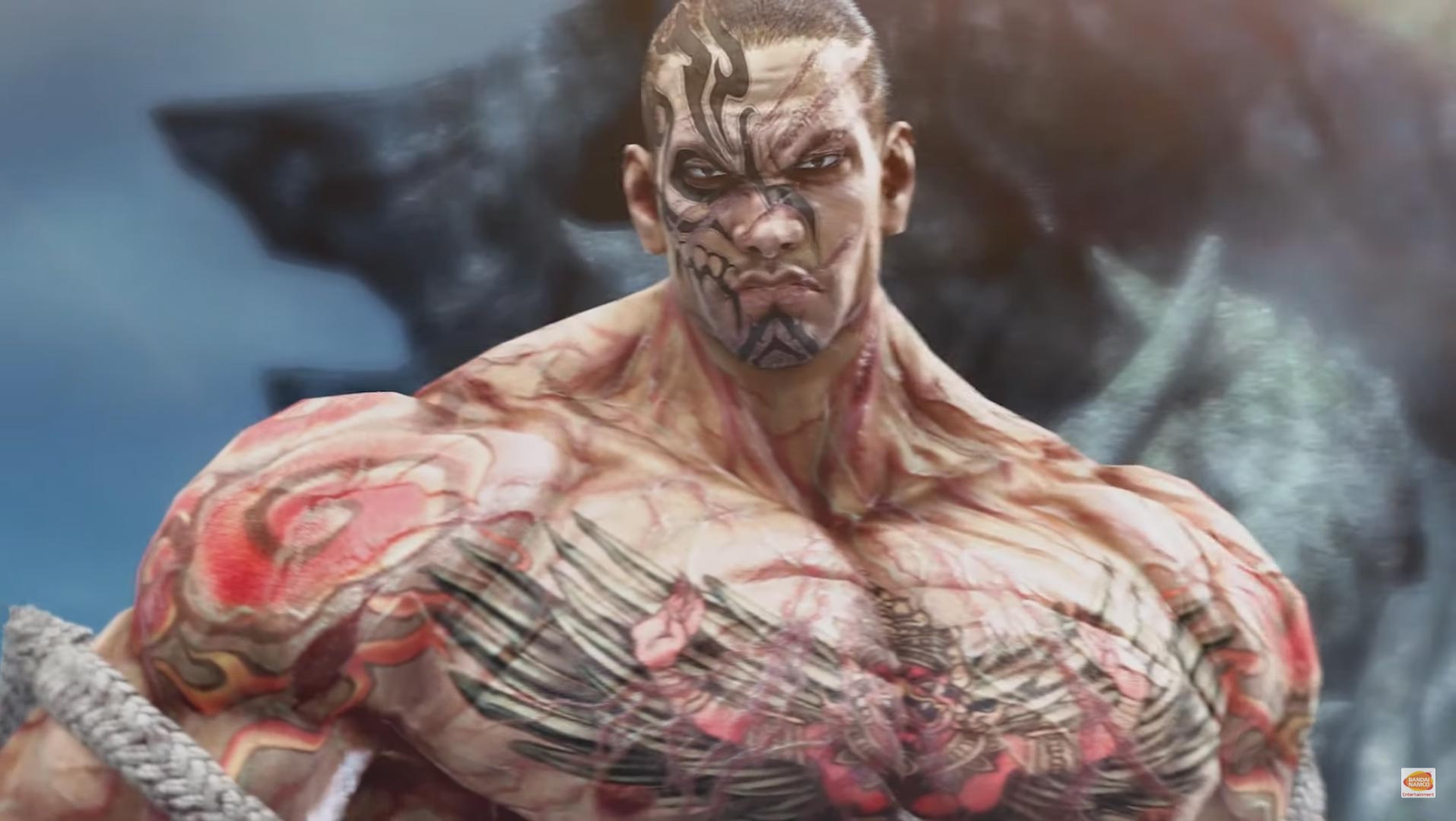 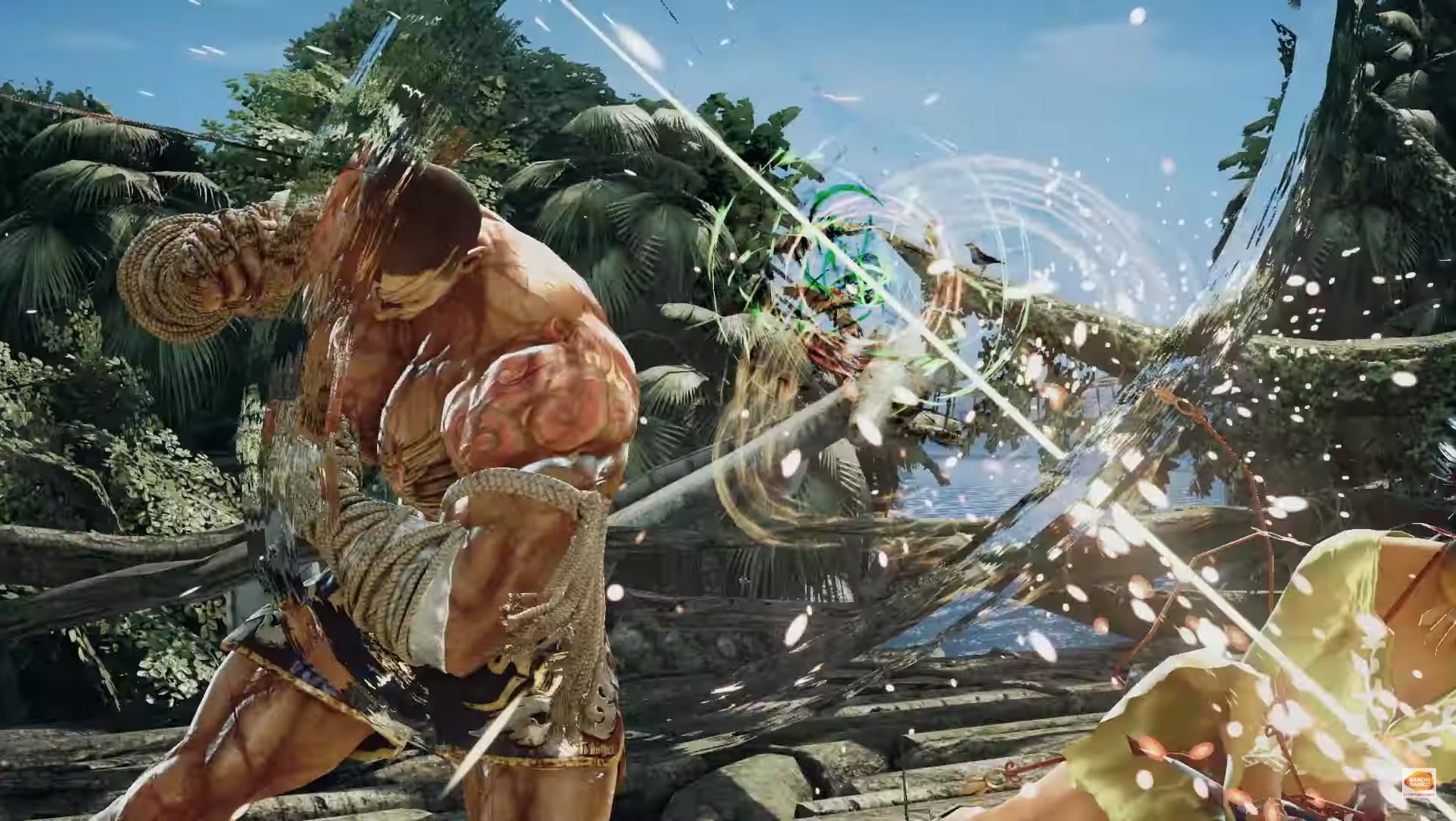 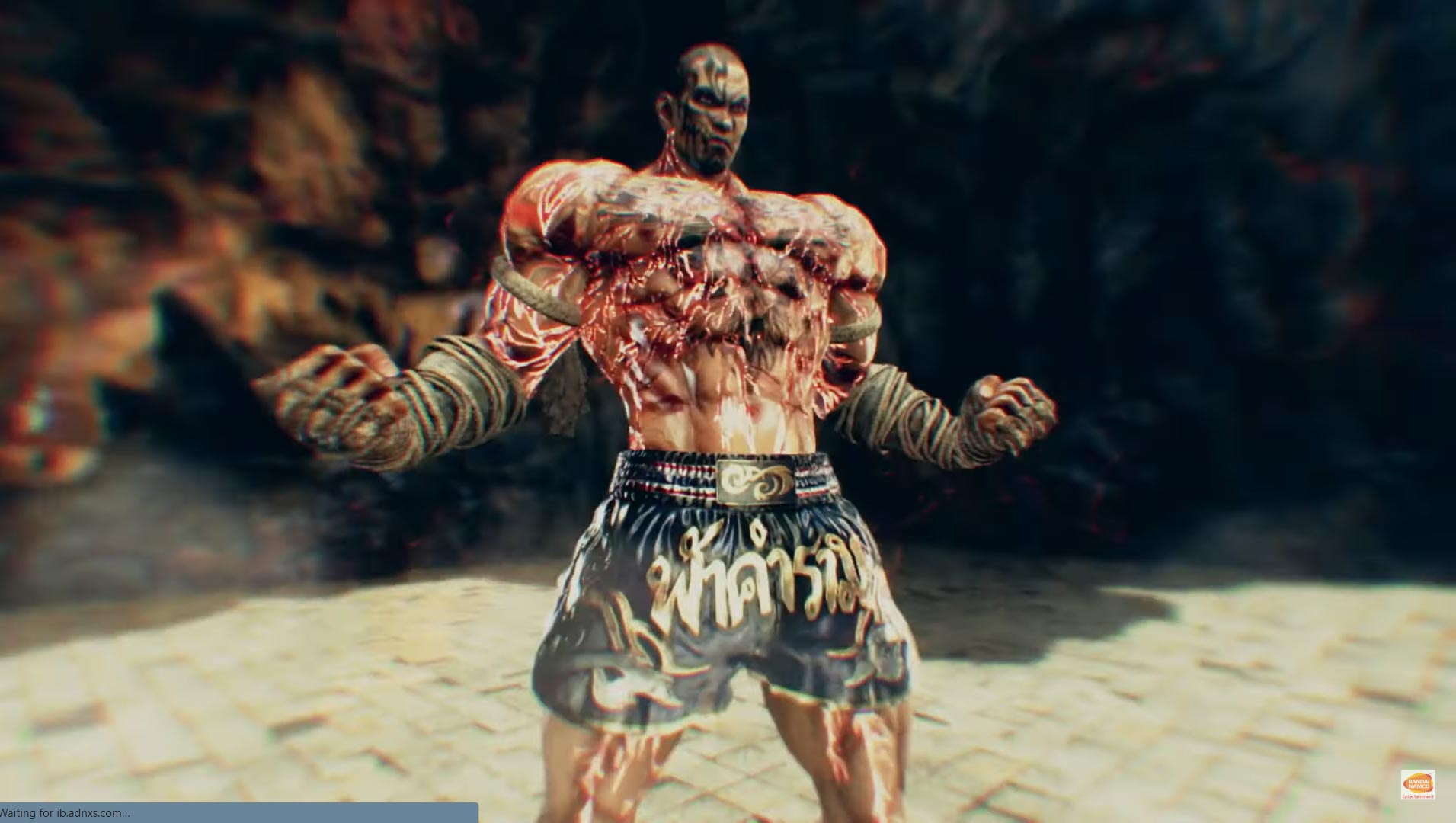 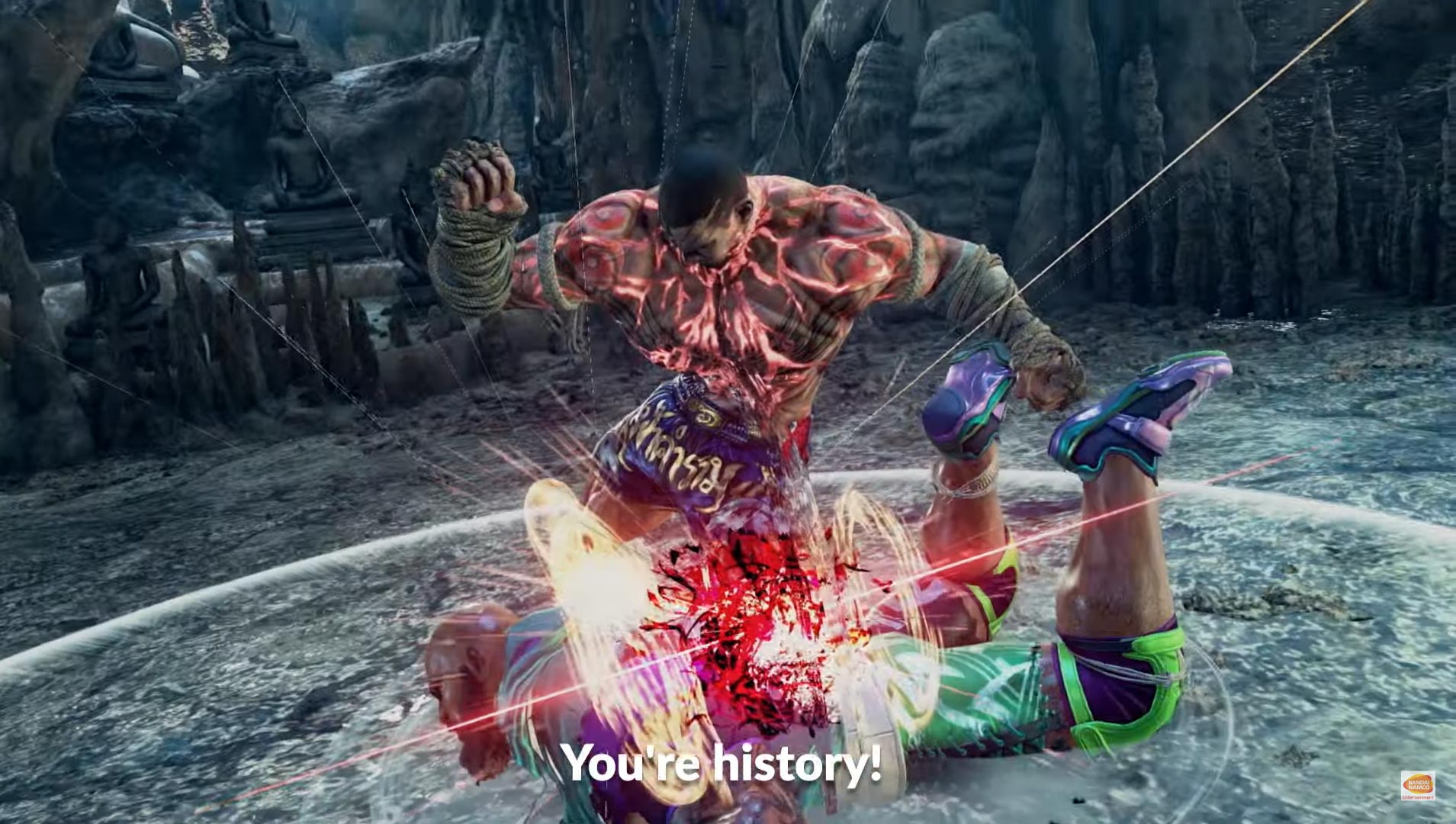 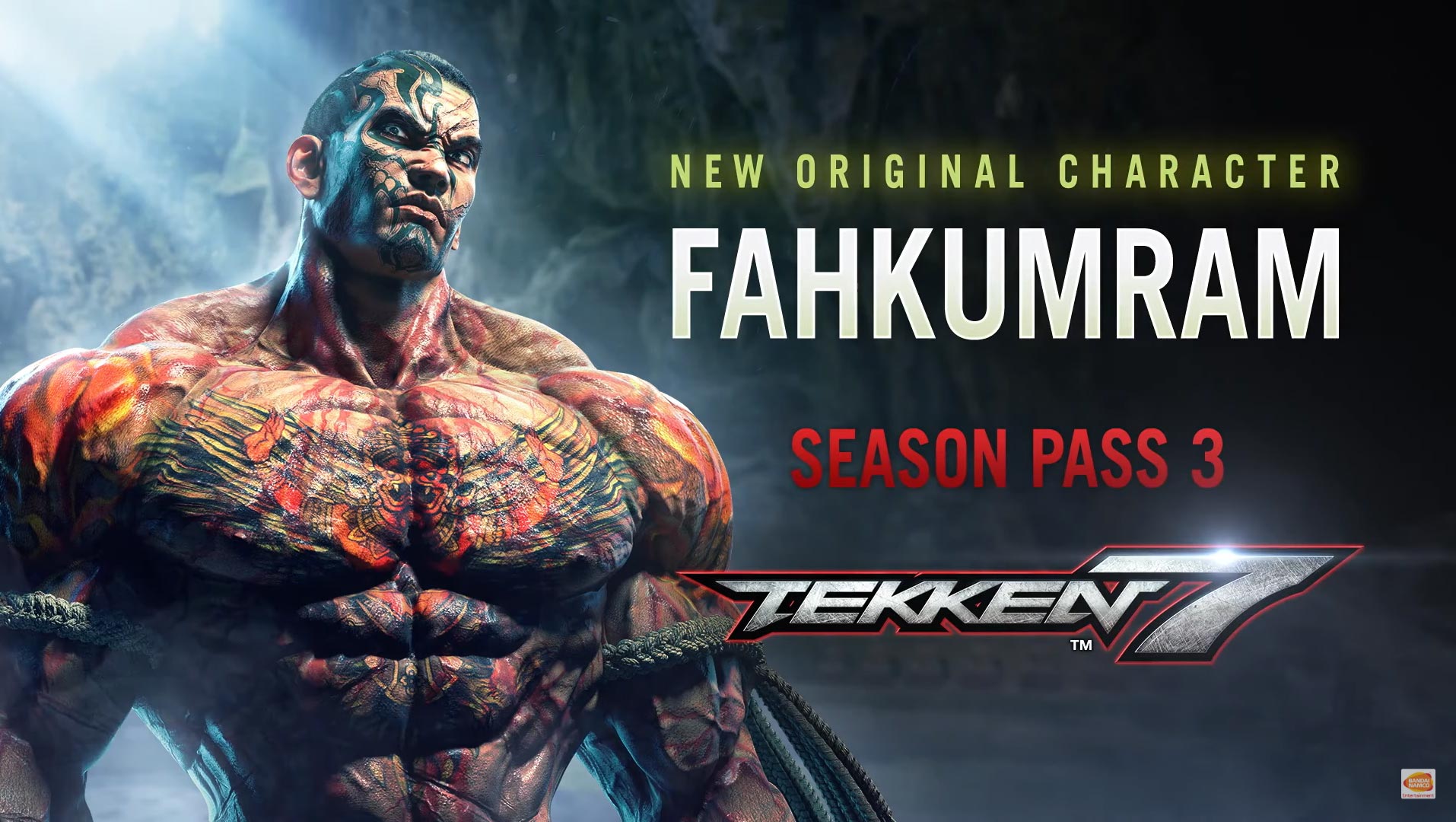 As mentioned above, Leroy and Ganryu will be joining the roster of Tekken 7 in just a few short days on Tuesday, December 10 alongside the Frame Data Display DLC and training updates. Fahkumram will be coming at some point in Spring 2020 with a new stage in tow.