FBI kidnapped my client, the US had no authority to take him – Hushpuppi’s lawyer says

Mum-of-two narrates how her gateman planned an attack on her and her kids, demanded 30 million Naira, and strangled her with a rope 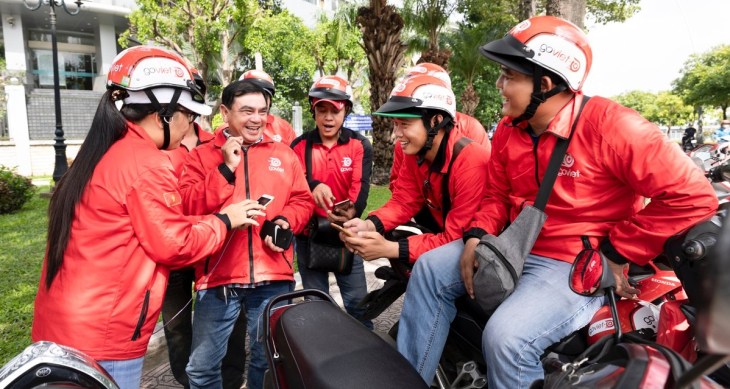 Ambitious ride-hailing startup Go-Jek’s Southeast Asia expansion plan suffered a blow when it lost the leadership team behind its business in Vietnam, but now it has replaced them with the former head of Facebookin the country.

Christy Trang Le, who led Facebook’s business in Vietnam for nine months before quitting for family reasons in early 2019, has become general manager of Go-Viet, which is the name of Go-Jek business in the country. Le is best known as a co-founder of Misfit, the U.S.-Vietnam wearable startup that was acquired by Fossil for $260 million in 2015 — indeed, Misfit CEO Sonny Vu is her husband.

Le, who was previously CFO/COO of Misfit before becoming head of FossilVietnam, replaces Nguyen Vu Duc and Nguyen Bao Linh, who left their positions as general director and deputy general director, respectively, at the end of March. Go-Jek said that they are staying on as “advisors,” but their exit sparked suggestions that Go-Jek’s expansion to Vietnam, the first market it moved into beyond its Indonesia homeland, isn’t going as well as had been assumed.

Go-Jek is valued at $9.5 billion and also has expanded to Thailand and Singapore, with the Philippines in its plans. The startup has been pretty boastful of the apparent market share it has picked up in Vietnam, where $14 billion-valued Grab is its main competitor. Go-Jek said in February that it estimated it had gained 40 percent of the two-wheeled taxi market within three months of its launch in August and that its food service became “the leading player among comparable food delivery services.”

Go-Jek said in a statement today that Go-Viet has “completed millions of trips” and is growing at 50 percent per month.

Take all those numbers with a pinch of salt, as it isn’t clear where the figures originate and Go-Jek is in “fundraising mode” right now. Even giving it the benefit of the doubt, any market share it gained on arrival would likely be down to the generous subsidies that are typically doled out when a new company comes to town.

Still, bringing in a new leader — and one with the background of Le — looks like a coup, although her role building out Go-Viet’s on-demand business will be quite different from that of anchoring Facebook or running Misfit/Fossil.

“I’ve seen how the success of Go-Jek’s multi-service platform has transformed the lives of so many people in Indonesia and want to see the same happen in Vietnam,” Le said in a statement.